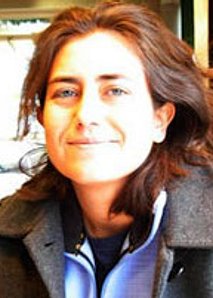 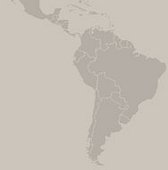 Patricia Rodríguez is currently an Associate Professor and Chairperson in the Department of Politics at Ithaca College in Ithaca, NY. She teaches a variety of courses: Intro to comparative politics (Politics and Society), Latin American Politics, Political Violence and Human Rights, Politics of Development, and Social Movements and Citizenship in Comparative Perspective, Indigenous Struggles in Comparative Perspective, among others.

Her research examines indigenous and peasant mobilizations and their impact and consequences for social, cultural, economic, environmental and political change in Latin America; and the impact of U.S. policies toward Latin America, particularly related to migration and climate change.  Her current book project inquires into the possibilities and challenges of cohesive network/alliance-building among grassroots organizations to engender economic, social and political change, and enduring peace in contemporary Colombia. It examines local social movements and community organizations' efforts in confronting neoliberal social, institutional and economic situation in Cauca, in southwestern Colombia. What makes for strong alliance-building in this region? How do coalition members negotiate their different territorial-sectoral positions and build common claims and trust? What are the possibilities engendered in grassroots mandates for change? Her book manuscript is tentatively titled Title: Social Movements and Alternatives in Colombia: Re-thinking Peace, Territoriality, and a New Economy.

Patricia was also a visiting instructor at University of California- Santa Barbara (2006-2007).

She is Chilean and has U.S. citizenship, but grew up in Brazil, and integrates much of her personal political experiences in the courses she teaches.